August 9, 2022September 9, 2022 by hypermark
This post is by hypermark from The Network Garden - Mark Sigal's Blog 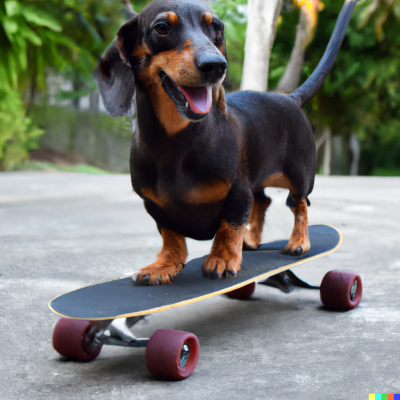 I have seen the future, and AI Art is embedded in it.

Case in point, the above image was generated by typing nothing more than the words "a dachshund doberman mix with black fur and light brown and medium brown coloring riding a skateboard" on AI art service, DALL-E.

Four different variations were rendered in under one minute, I picked one version where I chose a few more variations, clicked upscale, and this is the output.

In under two minutes start to finish, I had created something magical (to me, at least). 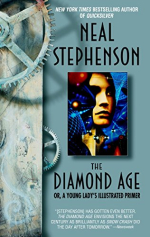 The experience brought me back to Neal Stephenson's 'The Diamond Age,' which introduced the concept of a Matter Compiler.

The Matter Compiler of The Diamond Age was an atomic and sub-atomic assembly and render engine. Pretty much anything, organic or inorganic, live or not alive, could be output from a Matter Compiler.

If that is what the fully realized end-state looks like, then the potential of AI Art is some subset of that.

Here is a sample gallery I created in Midjourney, another emerging AI Art service.

Using the specific phrases you see on the each page, and then creating variations, and then iterating those variations until I got the looks that I wanted, is how I came to a finished instance. To finish, I upscaled the final candidates to the max.

Sidebar: The "finished product" is akin to an MVP but (Read more...)