The iconic VC-Backed founders are all White & Asian men. So why invest in diversity?

March 5, 2021 by David
This post is by David from David Teten's blog

(co-written with Katherine Boe Heuck, a MBA candidate at MIT Sloan (class of 2022); past intern at Versatile VC; and a current intern at Metaprop NYC.)

What can we learn from the best 40 venture capital investments of all time? Well, we learn to invest exclusively in men, preferably white or Asian.

We reviewed CB Insights’ global list of “40 of the Best VC Bets of all Time.” All of the 40 companies’ 92 founders were male. 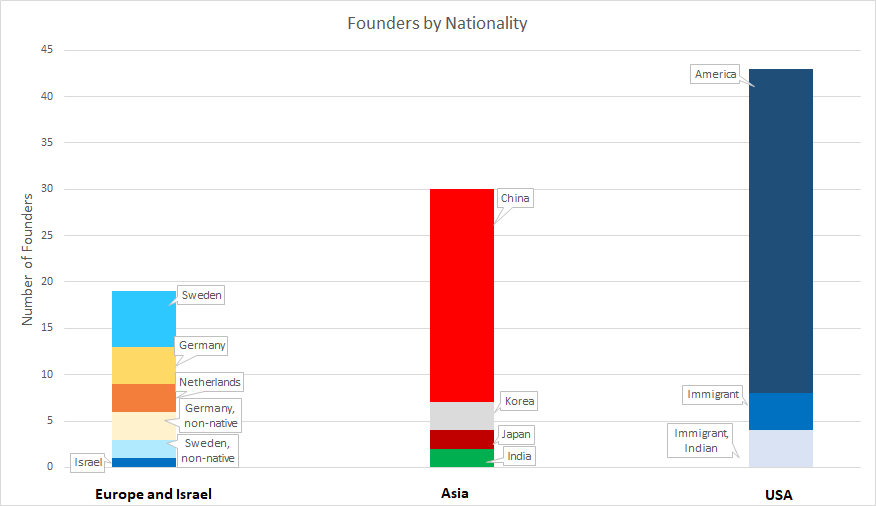 Of course, this dataset is incomplete. There are numerous examples of founders from underrepresented backgrounds who have generated extremely impressive returns. For example, Calendly’s Tope Awotona is Nigerian American; Sendgrid’s Isaac Saldana is Latinx; and Bumble’s Whitney Wolfe Herd is the second-youngest woman to take a company public.

That said, the pattern in the dataset is striking. So, why invest in anyone who’s not a white or Asian male?

The conventional answer is that diversity pays. Research from BCG, Harvard Business Review, First Round Capital, the Kauffman Foundation, and Illuminate Ventures shows that investors in diverse teams get better returns:

When Will Valuations Bottom Out? Lessons From Past Downturns

Is Corporate Venture Capital Right for Your Startup?