This post will be the look back and I started by revisiting my look forward into 2021 that I wrote on New Year’s Day 2021.

In my typical optimist fashion, I was dead wrong about how quickly the pandemic would fizzle out. I predicted that vaccines plus immunity from those who had been infected would end the pandemic by mid-year 2021. That was obviously totally wrong and I am sitting here isolating with my own Covid case (seven days in now). I can’t imagine a more appropriate “punishment” for getting that one wrong.

I got the rest mostly right and when I look back at 2021, what I see is a world that is changing before our very eyes; becoming more digital (leading to metaverse fever in tech), less tethered to a job and place to work (and live because of work), warmer, more prone to natural disasters, and tribalizing along different dimensions than what has divided us in the past.

In truth 2021 was a deeply troubling year and no wonder that mental health issues abound among all of us, but particularly our young. Nothing seems right anymore. We must face that and then fix it.

Of course, 2021 was a great year for the financial markets, both stocks and blockchain assets. Even with a big year-end selloff, which I believe was mostly tax-driven (we will see (Read more...)

Mapped: Top Trending Searches of 2021 in Every U.S. State

The Trending Searches in 2021

Google’s data editor Simon Rogers once said, “You’re never as honest as you are with your search engine. You get a sense of what people genuinely care about and genuinely want to know.”

This look at trending searches for every U.S. state is a window into the topics people were truly curious about in 2021. From political tensions to meme stocks, and from Elon Musk to a devastating tornado, we saw a wide range of trending searches throughout the year.

In the above animated video, Reddit user u/V1Analytics pulls together the top trending search terms from Google’s 2021 Year in Search summary (for the period before mid-November 2021) and Google’s Daily Search Trends page (from mid-November to December 20th) to illustrate the daily trends for each state.

It’s fascinating to see what Americans were looking up this year.

In the year when COVID-19 vaccines became widely available, many Americans turned to the world’s most popular search engine to figure out how to come back to a life of normalcy.

In 2021, the search entries spoke to people’s interest in alternative assets like cryptocurrencies and NFTs, as well as persistent economic insecurity, evidenced by questions about when they would get their stimulus checks.

Entertainers and billionaires trended throughout the year, and so did topics of significant cultural impact at those moments in time.

I left the world of trading and running my hedge fund for Web 2.0 back in 2006 to start Wallstrip and Stocktwits. YouTube and Twitter made me do it.

I spent a lot of time in New York (not as much in San Francisco) as web 2.0 proliferated.

As I mentioned in my year end outlook podcast yesterday with Knut, people are moving to Florida over San Francisco as the web evolves and expands.

The spirit of Silicon Valley continues a spread outward. The valley remains an important locus on innovation but its monopoly recedes as new geographies rise in importance and remote work, plus the return of in-person travel, creates a new way of working for many. Silicon Valley falls to below 20% in all venture financing.

I have seen it with my own eyes visiting Miami and San Francisco this year.

They are not just moving to work remotely keeping their old jobs, they are leaving their jobs to work on ‘web 3’ projects/companies.

A ‘critical mass’ of the smartest people in the world have enough confidence in the future of crypto/web 3 that they are willing to bet their professional careers on it.

I did not know I was following Fred Wilson when I started Wallstrip at the beginning of Web (Read more...)

December 31, 2021 by Unknown
This post is by Unknown from West Coast Stat Views (on Observational Epidemiology and more)

* You do realize I just made up the number of days to Halloween, right?

If you’re feeling creative, do the errands tomorrow.

If you’re fit and healthy, take a day to go surfing.

When inspiration strikes, write it down.

The calendar belongs to everyone else. Their schedule isn’t your schedule unless it helps you get where you’re going.

About 30 years ago this month, some boffins at the Department of Energy’s SLAC National Accelerator Lab at Stanford University decided to set up a website — they wanted to improve how information was exchanged between many international physicists. And that is how the first website in North America was born. We have come a long way since.

These numbers roughly mirror the data shared by Pew Research earlier in the year. And no matter how you look at it, this is good news. And what’s even better is that according to the latest data from the International Telecommunication Union (ITU), estimates that 4.9 billion people use the Internet, though not all of them go online frequently and are using the network in drips and drabs. Nevertheless, a ‘COVID connectivity boost’ added 782 million additional people to the total since 2019.

About 30 years ago this month, some boffins at the Department of Energy’s SLAC National Accelerator Lab at Stanford University decided to set up a website — they wanted to improve how information was exchanged between many international physicists. And that is how the first website in North America was born. We have come a long way since.

These numbers roughly mirror the data shared by Pew Research earlier in the year. And no matter how you look at it, this is good news. And what’s even better is that according to the latest data from the International Telecommunication Union (ITU), estimates that 4.9 billion people use the Internet, though not all of them go online frequently and are using the network in drips and drabs. Nevertheless, a ‘COVID connectivity boost’ added 782 million additional people to the total since 2019. 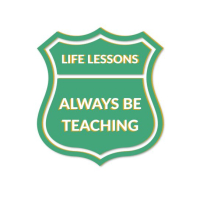 One of the truisms that I embrace in life, and encourage others to embrace as well is the notion that life is full of "teachable" moments, so whether it is your child, your partner, a client or a co-worker, you should adopt a mindset to Always Be Teaching.

Why do I say this? Number one, the idea of giving back, and giving more than we take, is a powerful, pay it forward concept.

Two, the idea of teaching and teachable moments forces one to soften their heart when others fail to see the full picture.

After all, there is a BIG difference between, "You let me down" and "Let me show you how to be better."

Three, the idea that we are teaching versus, selling, directing or admonishing, really focuses the mind.

What am I trying to communicate? What is the outcome goal? What other pieces do my counterpart need to know to be successful here? What is a reasonable expectation given the current understanding at hand?

Finally, when you embrace the notion of teaching, and BE-ing a teacher, you come to see interactions as part of a practice, and a discipline that requires a different kind of preparation, which forces YOU to be better, more directed and more process-driven.

By giving back, you become better.

December 30, 2021 by hypermark
This post is by hypermark from The Network Garden - Mark Sigal's Blog 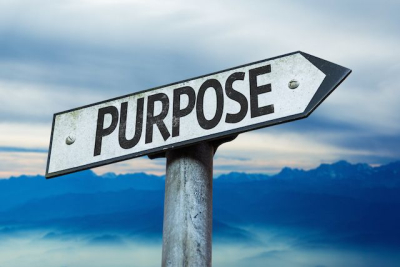 As the year winds down, and a new one is set to begin, know this. We have a limited time on the planet to make our mark (whatever that mark is).

Where confusion reigns, take inventory, seek answers, write it down and iterate.

Every breath is a blessing. Make it matter. Make your mark.

Another tumultuous year is coming to a close. While volatility can be stressful at times, it does provide fertile ground for the Visual Capitalist team to explain what’s happening using a mix of art, data, and storytelling.

In this eighth edition of our yearly round-up, we’ve curated a small selection of our most noteworthy work. Visualizations are highlighted because they reached a wide audience, sparked lively conversations, or broke new ground in design and data-driven reporting.

Let’s dive in to our countdown of the top 21 visualizations of 2021.

Editor’s note: Click on any preview below to see the full-sized version of a visualization.

The World Leaders In Positions of Power (1970-Today)

Who were the world leaders when the Berlin Wall fell? How many women have been heads of state in prominent governments? And who are the newest additions to the list of world leaders?

The world’s superpowers have had a myriad of leaders over the years, but at the same time, it’s clear that some leaders have been able to stay in power longer than others.

For example, since 1970, Japan has had 25 different heads of state, while the U.A.E has had only two in the same period.

Urbanization is one of the megatrends shaping the future of the global economy. With the world’s population expected to exceed 8 billion in the next 12 months or so, many cities, especially in Africa and Asia, are still growing rapidly.