Ruminations on Apple’s Keynote: Apple wants to be your little brother 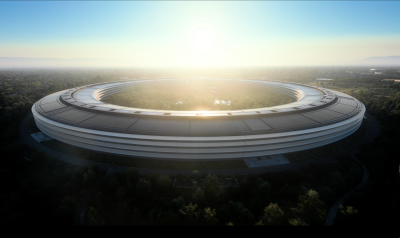 If I told you the above was from the opening Theme Song at a recent Scientology festival, I’d only be half lying.

In actuality, it was the closing theme song to the Apple Keynote where iPhone 12 was announced.

Come to think of it, the #AppleEvent felt a bit like it was BUILT using Apple Keynote, Apple's presentation software.

Don't get me wrong, the actual content was quite good, the products announced were truly innovative and Apple has a terrific vision and a disciplined approach to execution.

But, Apple product descriptions have begun to sound like the medical safety disclaimers in pharmaceutical product commercials.

Meanwhile, the Keynote cast and crew has grown, like literally, five-fold, and everyone demonstrates high adderall energy, unnaturally so, almost to the point of feeling like an episode of Big Brother.

So much so, in fact, that their (varying) aptitude as performers left me wondering how many of the presenters are going to get voted out of the house before the next Keynote?

Unlike past Keynotes, because of COVID-19, the event was pre-recorded and there was no audience.

Apple's futuristic headquarters were richly showcased in the Keynote, and harnessed as an extended set (which it was).

While the lack of a live audience gave the event a hermetically sealed quality to it, let's be clear.