It is time to say goodbye to Stockholm and, with it, the Nordics. I spent a great eight days, first in Helsinki, Finland, and then in Stockholm, Sweden. Both of these countries have so much common history. Sweden ruled Finland for almost 700 years , and you can tell that feelings from that occupation linger: Sweden is viewed as the big cheese of the region, and in their understated way, the Finns are always in competition with the Swedes. But that might be an outsider’s perception and nothing more. 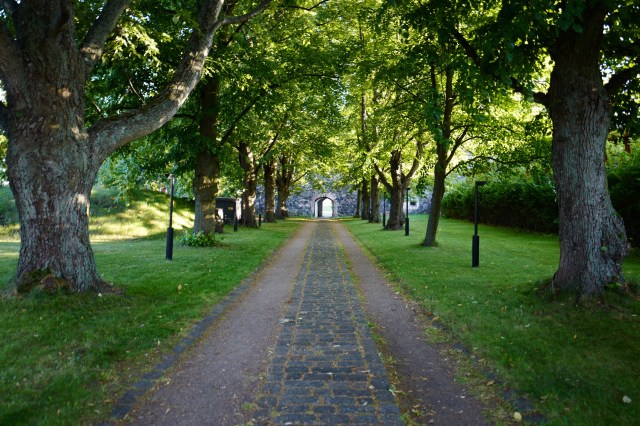 Helsinki seems to have a lot more outside influences in its architecture — both Swedish and Russian. It is not the first time I have been to the Finnish capital, but it was the first time in what passes for a summer. Apparently I landed in the last week of sunshine and mellow bliss. 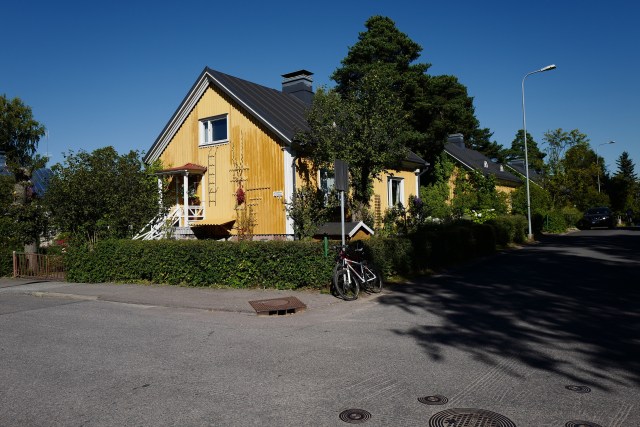 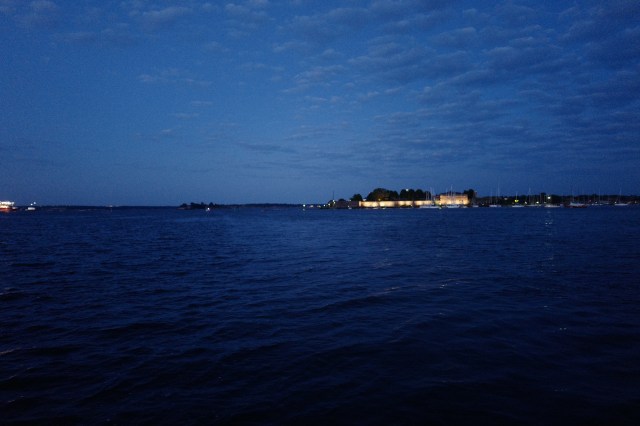 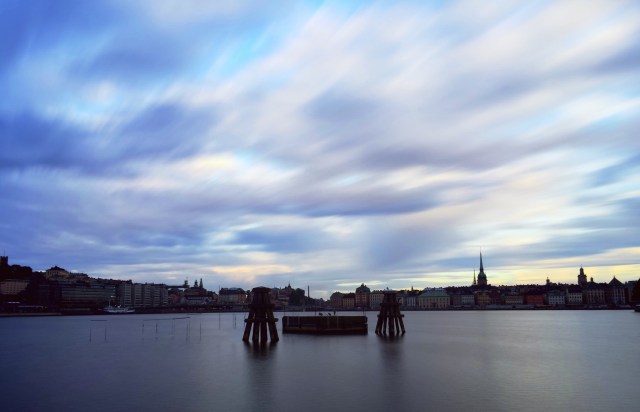 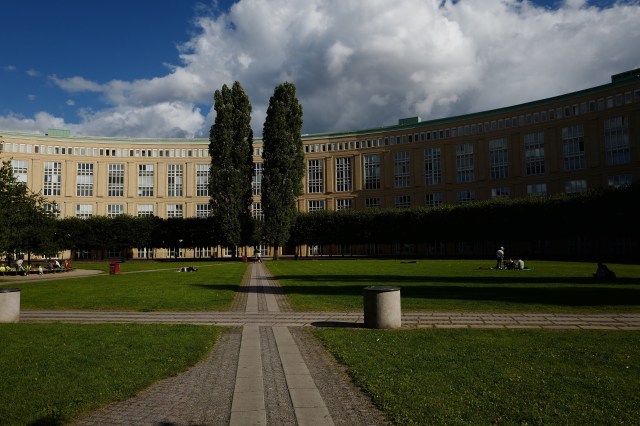 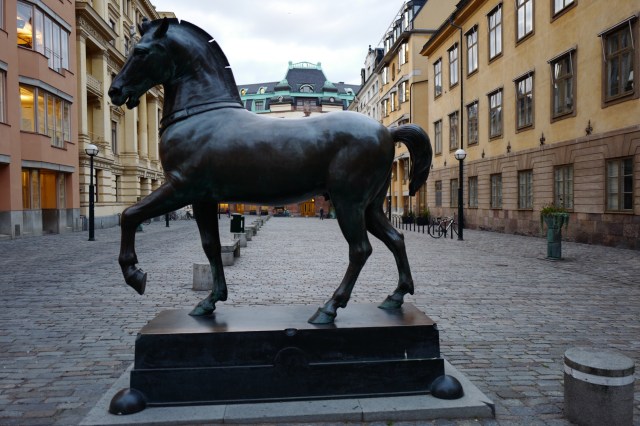 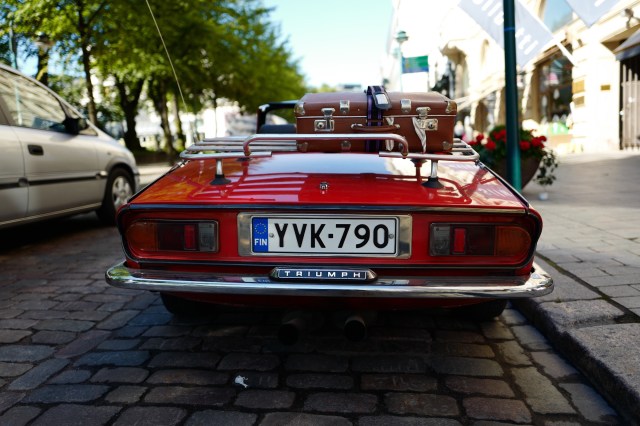 brooding, in fact. But the summer sunshine made it come alive. Parks were packed with smiling and cheerful people. The city was lush green, perhaps from all the rain earlier in the summer. My friend Jyri had opened a pop-up cafe in his neighborhood, which is about 10 minutes from the city center. The homes there are old-fashioned wooden-cabin dwellings — very 1950s, colorful and quaint, brought alive by kisses of warm sun, made mysterious by shadows and sounds alien to my now American ears.

If you live in an American city, you’re used to a constant ambient sound of rubber on asphalt — it is the state of a driving nation. Helsinki would go quiet as a church mouse on me, almost unexpectedly. It was a surprise most pleasant. I must have walked about 30 miles in my four-day stay in the city — mostly to take photos and generally savor the moments of quiet reflection. I wish I had brought better shoes, because the cobblestone streets are hell to walk in lightweight Norman Vilalta leather oxfords, even those with nice Vibram soles.

On one of the walks, I ended up at the port for the ferry to Tallinn, Estonia. I got there just in time to see one arrive, and boy, it was packed. People were walking about with bags full of stuff they brought from their day trip — cigarettes and booze, in particular. It was actually quite a familiar sight: As a kid I would meet friends and their families at Delhi Airport, and they too would be weighted with duty-free shopping bags.

Helsinki felt small, quaint and cheerful if not particularly attractive, but Stockholm was spectacular, resplendent in brilliant sunshine, perfect blue skies and on occasion a rain shower and dancing fluffy clouds in the sky. Here too, I clocked closed to 30 miles of walking in four days, though I was forced to take a taxi or an Uber in order to get to a few unwalkable destinations. Twice I left my hotel — Hotel Skeppsholmen — with my camera and, without knowing why, walked through the city. Shady side streets, big boulevards, neighborhoods filled with mothers pushing walkers, pregnant women hanging out in the park with others, old people snoozing in the sun, big giant fountains and lovebirds hanging on each other. It might have been a weekday, but Stockholm felt like it was taking a day off.

All of these walks made me acutely aware of the residents’ economic status. You can tell a lot by looking at the shops — salons and barber shops are a dead giveaway — on the trendiness of a neighborhood. On one walk I got lost in the Sodermalm neighborhood, the southern islands where my favorite cafe, Drop Coffee, is located. It was precisely a 3.5 mile walk from my hotel. Pretty much every morning I left my hotel room at 5 am, walked around the water, crossed the island of Gamla Stan on its cobbled streets and then made my way to the Sodermalm for coffee. On the first morning I tried an espresso. It is good, but their cappuccino is better.

I would then wander around to see this neighborhood (which is very much like San Francisco’s Mission District) go to work. It is the only part of the city that remotely feels urban and city-like: The rest of Stockholm is very much the classic capital of an empire with an occasional facelift and some new high rises that are made aware of their architectural limitations simply by their proximity to the aging beauties of the past. I visited Sneakernstuff, which is a hyped-up sneaker store. I understand that the internet exaggerates, but man, a visit to this store was quite a letdown. I left fairly unimpressed. Lesson: Don’t believe everything you read on the internet.

Talking about overhyped: The COS Store in Stockholm is too cramped to be called minimal. Another place that was underwhelming. On the flip side, if you are looking for an alternative to North Face apparel, try out Peak Performance from Sweden: There’s some elegant and well designed stuff here.

You might have noticed that there aren’t restaurant recommendations, mostly because I was too sick to partake in big meals and ate sparingly, managing to revive my strength by sticking to fish and other seafood that was aplenty in both Helsinki and Stockholm.

If you are feeling casual, try Bjorn Franzen’s gastropub, The Flying Elk, which is a Swedish twist on pub food. It’s a great casual dining place in a quasi-formal sort of way. In Helsinki, I tried and loved Yume, an Asian place that had dishes from across Asia and were made with fresh seasonal items. Helsinki has a lot of islands, and many of them are a boat ride away and feature solid eating establishments. I tried a couple: They had good enough food, not memorable. Try Särkänlinna for a glorious view!

Helsinki: Good Life Coffee, Kolmas Linja 17 and Kahvila Sävy on Aleksis Kiven kata are top notch. La Torrefazione on Aleksanterinkatu on 2nd floor, The Fratello in Kluuvi shopping mall and Johan & Nyström on Kanavaranta which is truly a beautiful spot.

Stockholm: Drop Coffee (Wollmar Yxkullsgatan) and Mean Coffee (Vasagatan are top of the pops. Also worth visiting are Johan & Nyström and Pascal.

Like Helsinki, Stockholm too can be quiet and peaceful, and you can get used to its tranquility quickly. While there are a lot of people around, you don’t feel their presence in this city of a million people. Even in the downtown shopping area, which is alive these days due to Fashion Nights, things don’t seem that hectic. The past few days have spoiled me, and I am a little worried about what lies ahead: a crush of humanity in tight spaces. It’s the exact opposite of what I leave behind.