If anything past few weeks have been a big lesson in humility, in understanding humanity and also a reaffirmation that random kindness of strangers far outweighs the preening and posturing of others. Some have written handwritten notes, others have emailed, many have tweeted and messaged, and others sent me messages on Facebook — saddened by the loss of my beloved, letting me know how much they will miss it, and at the same time reassuring me that it was something special. Of all the communiques, the kindest came from my philosopher-scientist friend Steve Crandall. He told me a story about stars:

Stars are funny objects. Most of them are made up of very light elements – mainly hydrogen and helium. Hydrogen burns to helium, helium to carbon and so. There are transitions in the size and structure of the star at points along this path as the internal pressure from different fusion processes 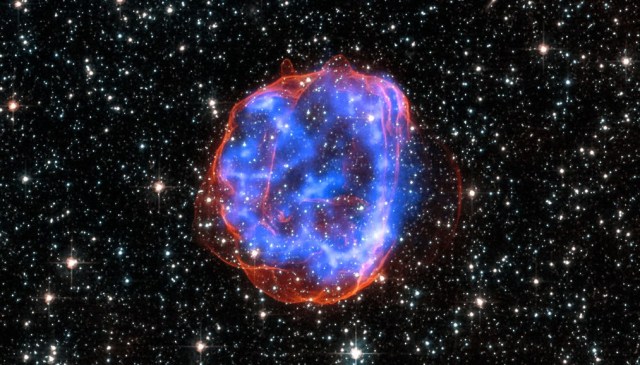 with gravity. Some stars find themselves dealing with externalities – mass might be falling in for a variety of reasons.

If the conditions are right – or very wrong if you’re the star – there is enough mass to cause a dramatic collapse that leads to a dramatic explosion. A supernova. A small remnant is created, but much of what made up the star is ejected into space. During the process of the explosion heavy elements are synthesized. Most of the elements heavier than oxygen were forged in supernova explosions.

The matter spreads out and can trigger the formation of new stars and solar systems. Much of what we are came from at least a half dozen supernova explosions – you have atoms in you that were made in different stars. Quite literally a star had to die so that you could exist.

In his polite and philosophical way, Steve was pointing out that while the end isn’t really an end, because an end is the start of something new. New stars, new solar systems and new opportunities. It all makes sense especially today. Many of my former teammates are finding new homes — half a dozen of them today announced they are joining Time Inc.’s Fortune magazine.

Katie Fehrenbacher, Stacey Higginbotham, Mathew Ingram, Barb Darrow, Jeff Roberts and Jonathan Vanian are becoming part of Fortune and will be writing for Fortune.com and Fortune magazine, according to a note from Fortune editor, Alan Murray. The circle of life – death of Red Herring brought me to Time Inc. owned Business 2.0. I left that to start Gigaom. There is more good news: former Gigaom science writer Signe Brewster has joined Medium’s Backchannel. She is the next great technology journalist and Ev and Steven are smart to bring her onboard.

Our data writer, Derrick Harris has joined Mesosphere. Carmel Deamicis recently announced that she was heading to Recode to write about unicorns. Kevin Tofel is now at ZDNet where he writes about Apple and other mobile platforms. Kevin wasn’t a fan of Apple — so there is something to be said about my persuasive powers. Other members have new gigs — they have not announced yet — but the news won’t be long.

These hirings are reassuring that at least what we accomplished together at Gigaom is going to live on in spirit. The amalgam of technology, society and culture means that we need to practice cautious optimism, provide context and long term focus. It is important that this spirit lives on, because as a society we are too focused on the short term. As Laurence Fink, chairman and CEO of BlackRock reminded us in his piece “Our Gambling Culture” published by the McKinsey Quarterly where in he writes:

So how do we fight back against short-termism? I believe the most effective antidote lies in more education and more communication—and more leadership. We need a call to arms with many more voices speaking up and taking a stand. Just to point to the media, its basic narrative in most cases is so short term. Deep conversation with engaged participants can serve as a check and balance against a focus that is too short term.

We were explorers of the unknown, trying to make sense in a world which seems to have little time. We practiced context and eschewed the obvious. It was hard and we thought we would get to some unseen destination. That destination never really arrived, but the path we took and the time we spent together was special.

A small remnant stares at the screen – wondering if there will be a day when we can all smile together, laugh and have a coffee, a glass of wine. Even if there isn’t, I am glad we had so much together. Good luck guys – do great work!