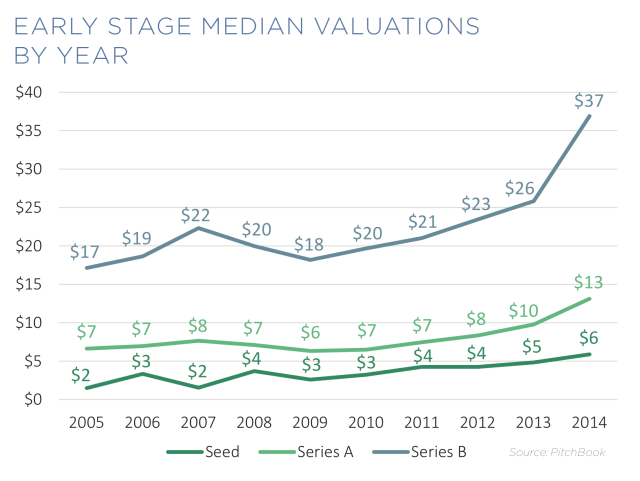 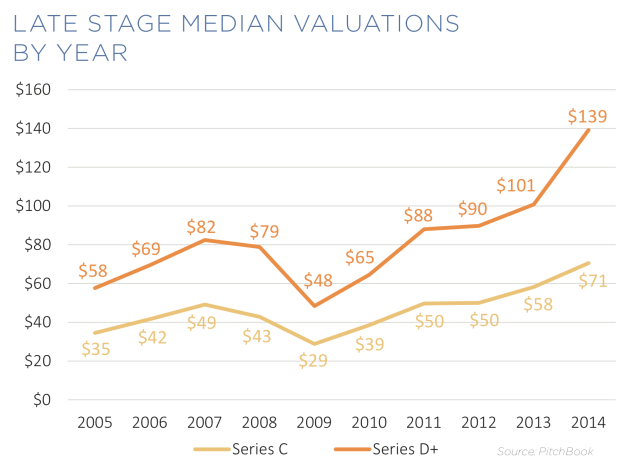 What do these charts show?

Rising real estate costs, rising salaries and rising costs of doing business — these are today’s startup realities, especially in San Francisco Bay Area. I also remember that in 2007, mutual funds showed up and invested in companies like Slide and lost their shirts. And then 2008 happened and the circle of life re-started with the App Store, Facebook Platform and Twitter’s slow emergence from the shadows. Brooklyn Bridge Ventures’ Charlie O’Donnell sums up the reality of startup cycles very well in his recent post, The Coming Zombie Apocalypse. However, one thing Charlie leaves out is something Spark Capital’s Bijan Sabet pointed out in his blog post today:

The thing I’m most concerned about are the startups that won’t get their next round done just because they aren’t on a rocket ship. Some companies take time and patience. And I do worry we aren’t valuing or appreciating those startups well enough in this environment. It would be a mistake to overlook them and a loss for our industry.

Bijan makes a very important point. The digitization of our society and the pervasive state of connectedness are slowly becoming a reality. And what that means is that technology is becoming ever more embedded in our lives — and in the long term that’s what matters.

In closing, I offer you the wisdom of George Smiley in John le Carré Smiley’s People:

In my time, Peter Guillam, I’ve seen Whitehall skirts go up and come down again. I’ve listened to all the excellent argument for doing nothing, and reaped the consequent frightful harvest. I’ve watched people hop up and down and call it progress. I’ve seen good men go to the wall and the idiots get promoted with a dazzling regularity. All I’m left with is me and thirty-odd years of cold war without the option.

Additional reading: This 2012 blog post by Chris Dixon is actually a great read in the current context of debates around bubbles vs not-bubbles.