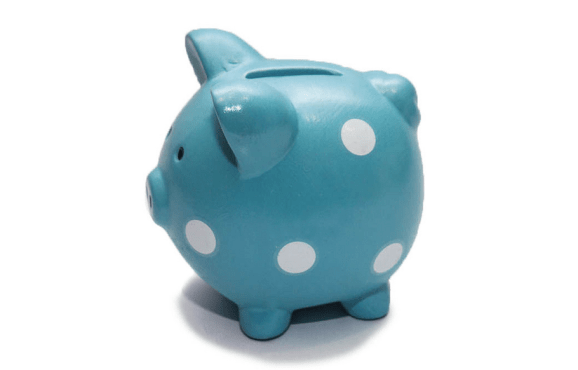 About four minutes ago, I got this email from Chasm.io, formerly Wahooly: 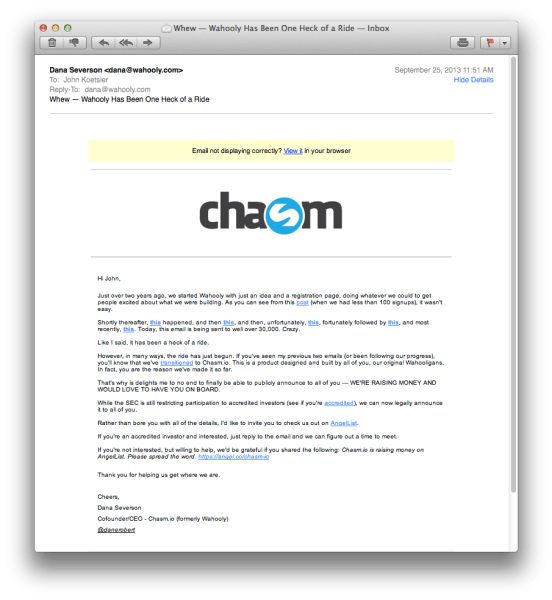 In short, CEO Dana Severson says the company is growing like a weed but the ride has just begun, so the company is now raising money. If I’m an accredited investor (err, that would be a no), I’m invited to invest. And if not? Then the company would love to have me share this message:

“What triggered it was a piece by Paul Carr on his company, NSFW,” Severson told me on the phone minutes ago when I asked him for further details. “He literally did a blog post soliciting investment. It instantly triggered that we’re around $300,000 away from completing our round of $1,000,000 … and it hit me last night: Why have’t we sent it out to our users yet? Duh!”

It appears to be working: Severson has received four introductions on AngelList, and the email to his 30,000 users is initiating other connections that he hadn’t been finding previously.

“From our standpoint this is a no-brainer.”

Today, this pitch is unique and singular and interesting, because it’s the first tangible result of the JOBS Act that I’ve seen. But the floodgates are likely to open fast. VentureBeat executive editor Dylan Tweney had a word of caution when I mentioned this on our internal social network:

“We are going to start seeing a lot of these pitches,” he said. “Remember that if wishes were horses, even beggars would ride. In other words, planning or hoping to raise a round is not the same as doing it.”

That’s good advice. It may not apply to Chasm.io, which has already closed 70 percent of its series A, but it will certainly apply to many pitches you (and I) will see in the future.

So, as per usual: caveat emptor.