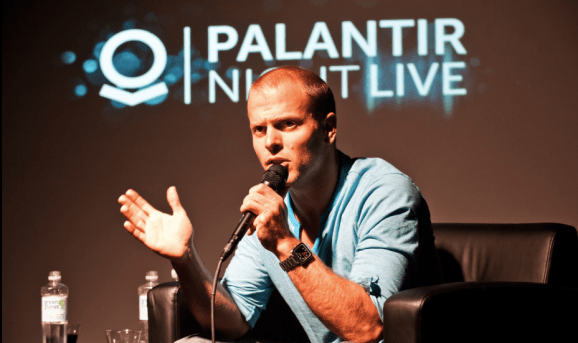 Last week, author and entrepreneur Tim Ferriss raised $250,000 for an investment in logistics startup Shyp in 53 minutes flat. But that’s just the first salvo in a new era of insta-venture capitalists opened up by President Obama’s JOBS Act.

Now anyone can be a venture capitalist. And I mean anyone.

“Miley Cyrus could be the next big tech investor,” Ferriss told me. “Therein lies the promise … and the risk.”

Blame it on Obama.

The president’s JOBS Act Title II came into effect last week, opening the floodgates for what lawyers call “general solicitation,” and what most people call “asking for money in public. The U.S. Securities and Exchange commission banned the practice for 80 years, fearful that poor people would lose their money in risky and speculative offerings.

But now companies can publicize the fact that they’re looking for money — and so can small investors who want to go big.

“There’s now a very interesting opportunity for people who fall into what was previously a very nebulous gray area between angel and institutional investor,” Ferriss says. “You don’t have to raise a whole fund to become a full-time VC.”

The problem for angel investors is that they can typically only invest small amounts — $25,000 to $100,000 — in each startup, even ones they think have a great shot to go huge. Venture capitalists solve that problem by raising a fund from multiple sources and pooling those funds to make larger investments. They then spend their careers managing that money and pitching for more.

“I’ve been looking for an elegant solution to find good deals, invest other peoples’ money in additional to my own, and take carry [profits from the whole investment, not just his money],” Ferriss told me. “This is even more appealing, and since I’m not doing it full-time, I don’t need management fees, and if I don’t make money, I take no expenses.”

JOBS Act Title II was necessary for this, but not sufficient. Enter AngelList with the missing pieces.

AngelList has built a new Syndicates feature to streamline the entire process by creating a single-purpose financial vehicle — a single investment fund for a single company. After Ferriss — or Miley Cyrus, or any other celebrity with a following — uses AngelList to build that car and then rally public support behind it, all the investors put their money into it. And here’s the genius: AngelList manages all the backend and handholding, including making sure that all investors are accredited — still necessary within the JOBS act.

Everything is managed, and to the startup — Shyp in this case — there’s no fuss, no muss: Ferriss is the only investor. He is, in other words, the only MP — managing partner.

So anyone with a following could do the same?

“Absolutely,” Ferriss says. “Therein lies the promise and the risk … how many people are set up to analyze the opportunity and the risk?”

Ferriss has been in Silicon Valley for 13 years, and while he’s no Warren Buffet, he’s made investments in some of the top companies in the valley: Twitter, Facebook, Evernote, Uber, Automattic (the company behind WordPress) and more. Which doesn’t mean he’ll be successful every time, but it does mean he’s demonstrated the ability to find and fund good companies.

Which others who have similarly large followings, of course, might not … with potentially spectacularly bad results.

How much could Ferriss raise as a new kind of JOBS Act venture capitalist?

“With Shyp we raised $250K in 53 minutes,” Ferriss told me. “But the server for my site crashed and was exceptionally slow for about 20 minutes … I have no doubt that, for a growth round … I could raise a couple million dollars.”

“I can be doing my other projects the vast majority of the year, then find a spectacular opportunity, go to my blog, raise $250,000 in an afternoon, and put it in — that’s unbelievable, dumbfounding!” Ferriss says. “But one of the most interruptive things for startups is fundraising … it takes weeks or months, and this is a quantum leap for them.”

I joked that Ferriss, who authored the book The 4-Hour Body, will have to write his next book on “four-hour fundraising.”

“I may have to change my brand,” he laughed. “Four hours seems to be excessive.”