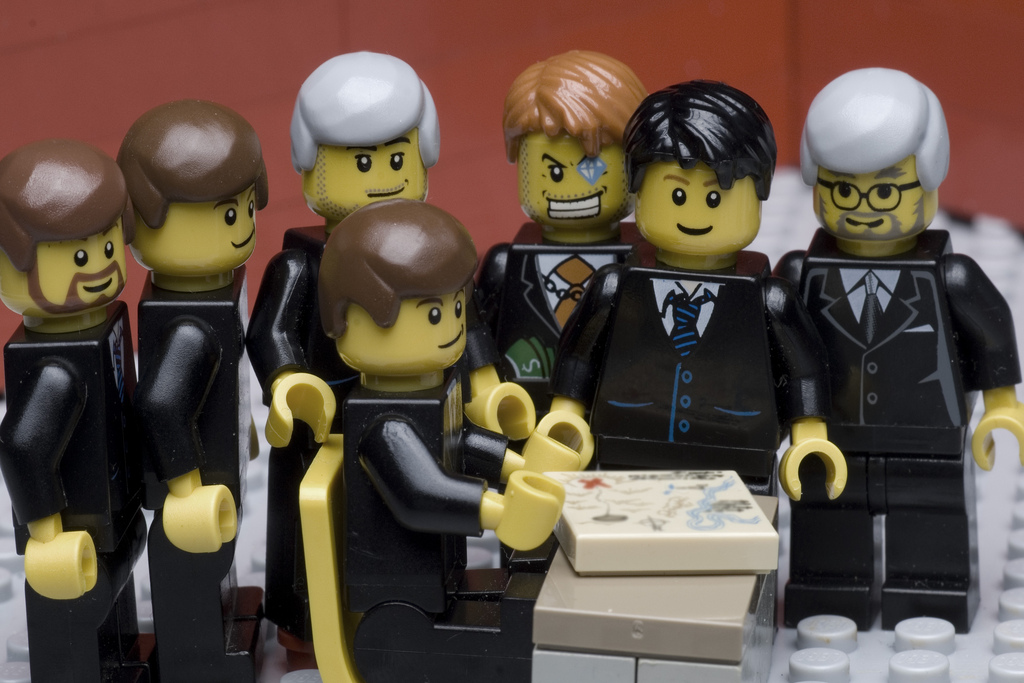 Dror Oren is the executive director at SRI Ventures.

In case you haven’t been reading technology news, 2013 is being heralded as the year of the enterprise renaissance.

And while I believe that to be true, the trend begs a bigger question of exactly what it means to be “enterprise” today. The lines between enterprise and consumer are increasingly blurred, and only becoming more so.

The conventional wisdom is that the innovative forces in the consumer market are now being redirected to the enterprise and “consumerizing” it. There is even a Harvard Business School class on the topic.

When people talk about the blurring lines, typically think about things like ubiquity of consumer platforms (amplified by the Bring Your Own Device phenomenon) and consumerization of enterprise software’s user experience. But there’s something more fundamental going on here.

Many of us have the inclination to track what investments are winning each year, pitting consumer against enterprise tech. But we’d be wrong to do that today. Over the last few years these two categories have become non-exclusive and less correlated, as once believed. To say, if one is projected to do well, it doesn’t necessarily mean the other will do poorly. So why is enterprise so appealing to investors right now?

First, this is all happening after 2012 investment levels dropped from 2011, and VC’s are being a lot more discriminating with where they’re placing their bets. That was more than confirmed according to the most recent report from Moneytree.

There’s less appetite for risk in the market.  Yet the traditionally risky investment in enterprise is, all of a sudden, the safer bet.

Here are my reasons why VC’s and entrepreneurs are flocking (for good reason) towards enterprise in 2013.

Consumer (and prosumer) first models have been fully validated

Consumer-first and prosumer-first models have shown to be very successful entries into the enterprise market over the last few years.

Prosumer success stories like Dropbox, for example, first started out as a consumer app that then later became widely adopted in the enterprise and were one of the first startups to show how you can get into the enterprise without employing a huge salesforce.

Other companies like Basecamp and Evernote have both lived very similar lives. And the list of examples goes on with Google Apps, Box, and more.

What investors are looking for is the next Evernote or Dropbox, where an app gains bottom-up traction in the enterprise and spreads quickly amongst professionals.  Most investors don’t like laying their money out for businesses that need to enlist a big salesforce. But taking the leap to the consumer-first enterprise model five years ago was even more frightening than a salesforce, so things have definitely evolved.

Now that the model has enjoyed so much success, it’s clear that investors and entrepreneurs alike have gotten over their fears, and in truth, are starting to look at enterprise as the next great, golden calf.

While some of the assumed downsides of the consumer-first model have been disproven, there is an emerging understanding of the upsides of this new approach and why we’re all reading more headlines with the words “mobile-first, consumer-driven enterprise” in them.

The consumer-first approach creates two revenue models within one startup (over several phases in the lifecycle of the company) and allows companies to naturally expand their revenue streams when the time is right.

On one hand, you aren’t excluding yourself from the potential of hockey-stick growth and viral adoption with a consumer product. And on the enterprise side, you’re creating a direct path to near-term revenue and major long-term growth (enterprises are still spending way more money on IT than consumers).

The consumer-first approach also increases the odds of enterprise disruption.

Typically enterprise software sales has required you to go through the CIO, which is a hard won process for even the savviest salesperson. With a consumer-first approach you immediately throw the formal processes out the window and enter the enterprise through the back door.

Every CIO on the planet struggles with consumerization, but the decision to buy back control when 60 percent of your employees are already using the free version of a SaaS application is a no brainer. Add security and BYOD to the mix, and the CIO almost has no other choice but to formally adopt a SaaS application that becomes popular.

In essence, you have a better chance of disrupting incumbent vendors by changing the rules of the game.

While they’re going door-to-door glad-handing CIO’s to get a pilot going, the savvy startup has skipped straight to end-user adoption. Hence, what seems like a shift from consumer to enterprise is just the result of a smart go-to-market decision by enterprise companies.

Lastly, barriers to entry are plummeting

Creating software, hosting it and deploying it is easier today than it ever has been in the history of technology. The inevitable merging of cloud, SaaS and mobile over the past year has caught the IT market by storm, and most importantly, lowered the barriers to entry not only for the startups but for investors too.

Ten years ago an enterprise Series A was a hefty round of funding by any measure.  Today, you can start that company for a fraction of the price.  Enterprise is finally becoming as lean as consumer.

More importantly, IT buying habits are changing rapidly.  The enterprise is getting more comfortable with SaaS and cloud technology, and the spending priorities have shifted. Even traditional and heavily regulated industries are joining the party.

Furthermore, the IT department isn’t the only group with IT buying power.

Historically, whenever the marketing or customer support department of a big business needed a piece of software, they had to literally walk to the IT department and make their case to the CIO.

Today, however, the marketing department has quickly become one of the fastest growing buyers of IT and are increasingly Chief Marketing Officers are buying the technology they need directly from enterprise service providers. In this 2013 IT spending report, it’s obvious that every budget has become an IT budget. All of a sudden, the enterprise startup is selling to a market that’s the same size as their consumer counterparts.

Dror Oren is the executive director at SRI Ventures, leading venture efforts from raw business concepts through to value proposition and the creation of a stand-alone companies.